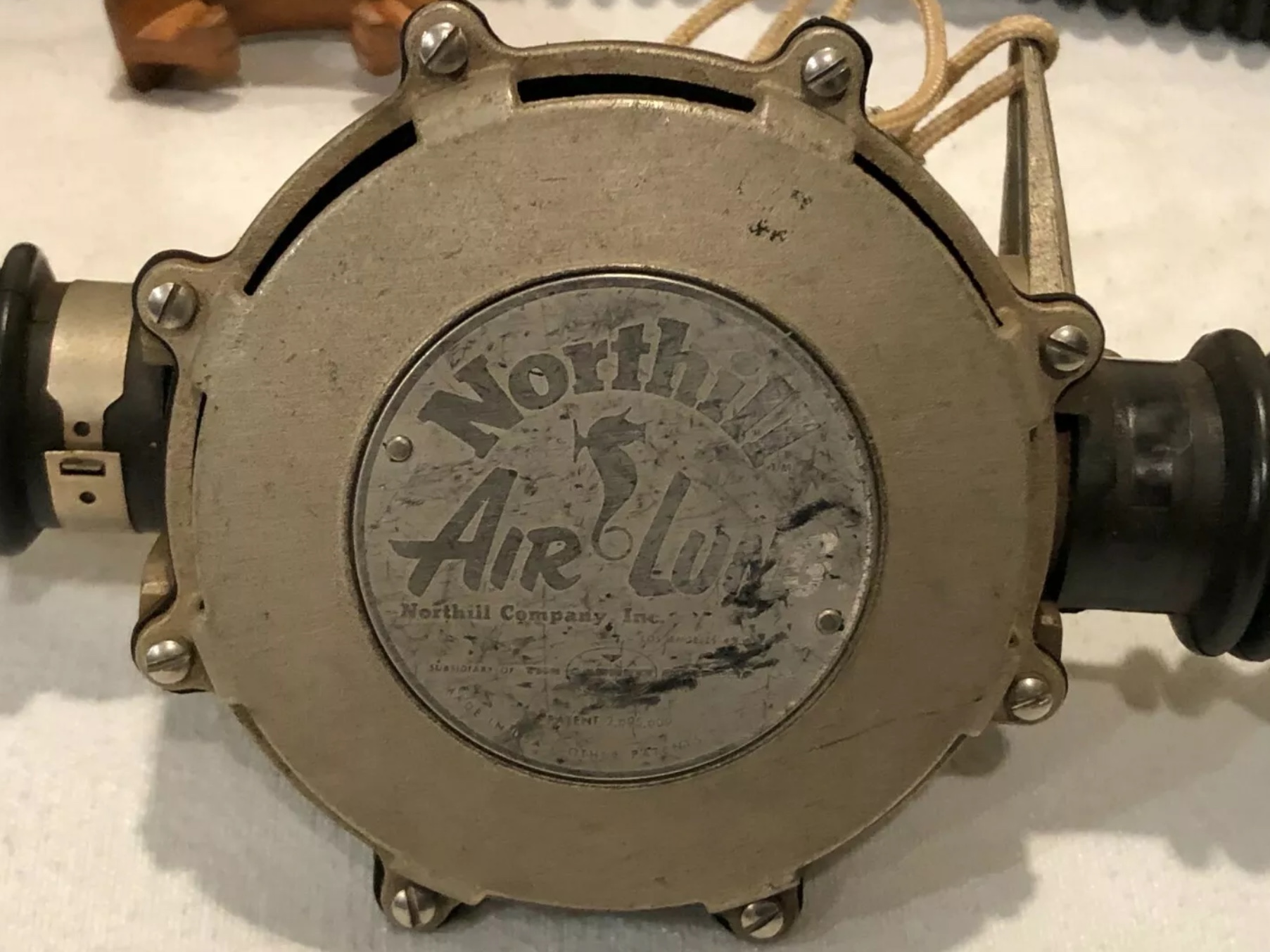 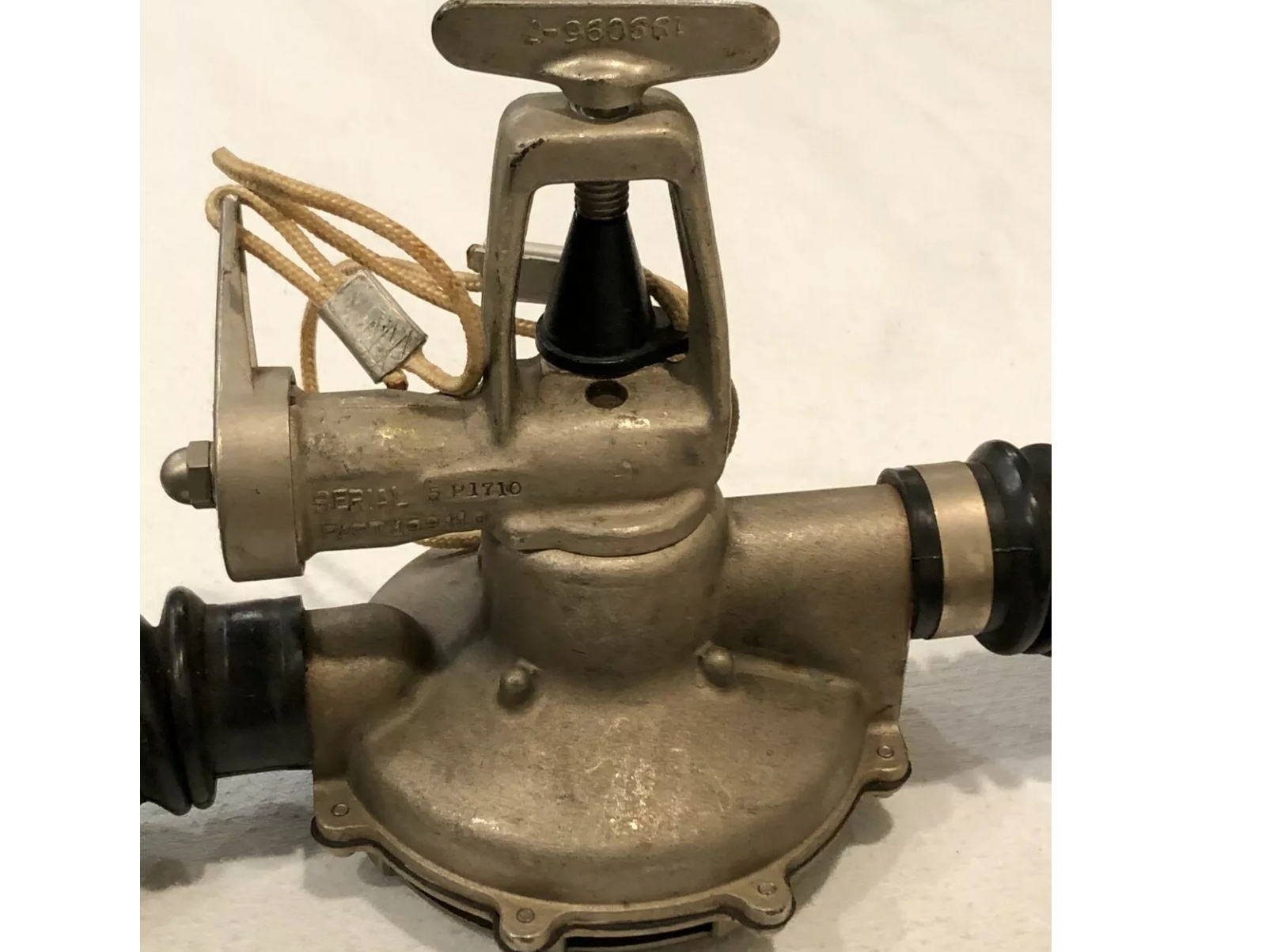 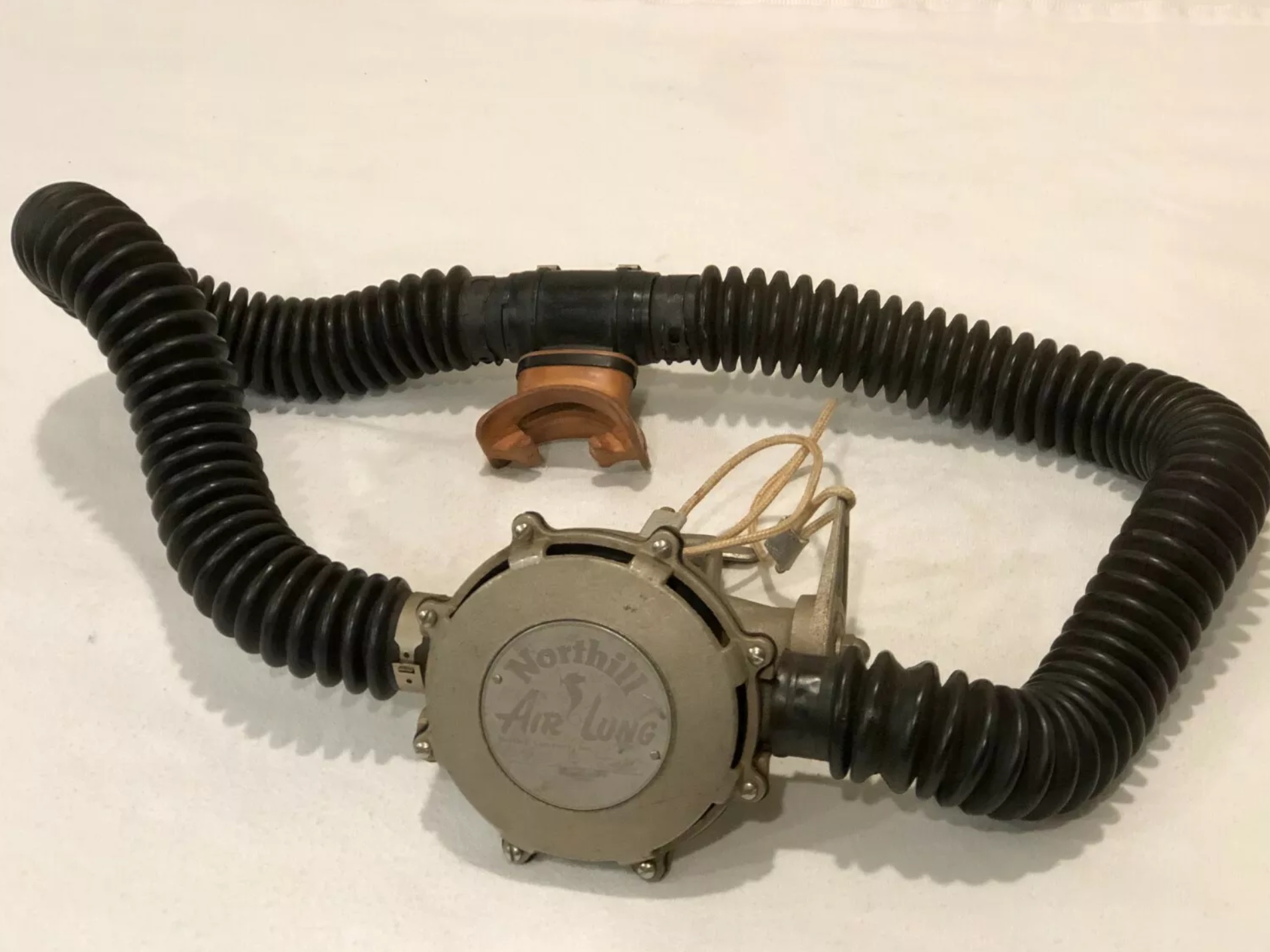 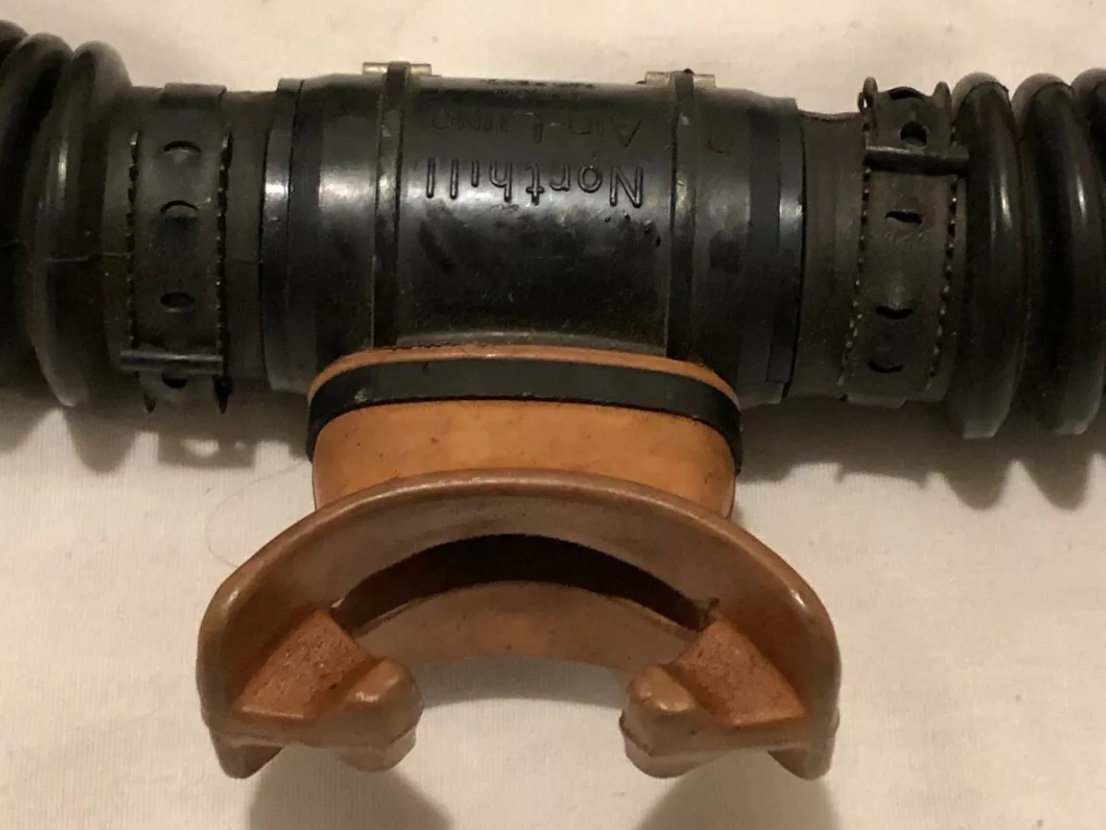 American made Northill Air-Lung, from 1954. This was a high quality regulator, with a heavy-duty, solid casting, built-in reserve, and a mouthpiece that switched from “dive” to “surface” mode. It was used by the US Navy for a short period, but it didn’t perform well. The Navy later switched to US Divers. Serial #5P1710 Part #199110
Northill Air Lung is a single-stage, balanced, downstream type regulator. Both ends of the floating valve stem see ambient pressure, one in air and the other in water. With lowering cylinder pressure throughout the dive the floating valve seat balances against springs to keep the lever pressures and the breathing effort fairly constant.
The Garrett Corp. was the American manufacturer of the Northill machines Air-Lung (2-hose) and Airmite (1-hose).
1954 began to produce for the Navy and from 1955 also for sport diving.
The company, founded in 1936, mainly works for the aerospace industry, but also swallowed the Northill Company, which built marine technology.
The Northill Air-Lung was manufactured since 1956 and was a heavy and solid regulator with an integrated reserve and a mouthpiece that could be switched between “diving” and “surface”. The Navy only used it briefly, but then switched to USD regulators because of their higher performance.
After multiple restructuring, sales, … top of page, the successors of Northill-Garret no longer produce diving technology and mainly work for space travel. 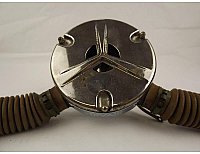 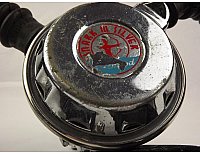 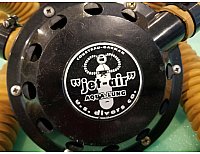 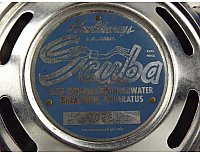